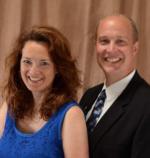 A Rotarian since 2001, Doug Huff is honored to have been selected to serve the members of district 6460 in the role of District Governor for the 2017-2018 Rotary year.

Doug earned his Bachelor’s degree in accounting from the University of Iowa in 1992. He is an entrepreneur who maximizes unique opportunities, with a primary focus in real estate investments. He is owner and CEO of several real estate investment companies based in central Illinois. Partnering with a local youth program, he has been able to allow students the opportunity to gain life skills and work experience through contracted landscaping services.

Providing leadership to several organizations, including board president of the Big Brothers Big Sisters program, Doug was recognized in 2005 as one of the 40 Leaders Under Forty in Central Illinois. Doug has chaired many Rotary committees, and co-developed a Rotary Rookies program, helping integration of new members in his club. He served as club president for the 2013-2014 Rotary year, before serving his district as an Assistant District Governor. In 2015, Doug received the Service and Fellowship Award from the Peoria-North Rotary club.

In 2005, Doug met his wife, Judy, who was also a recipient of the 40 Leaders Under Forty Award. They were married in 2009. Doug and Judy share a passion for service, are committed to the ideals of Rotary, and are Level Two Major Donors in support of the efforts of the Rotary Foundation. They currently reside in Washington, Illinois with their three children. 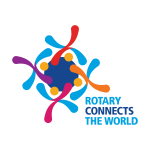